STEM For Africa, Why is so important? 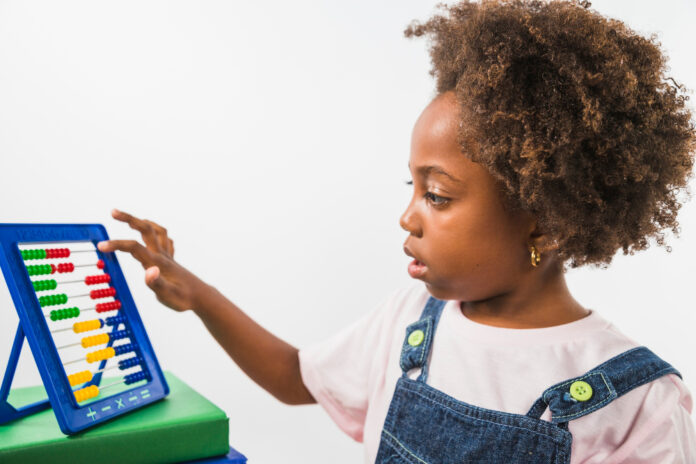 STEM For Africa, Why is so important?

STEAM Education is the hot topic for the decade. How did STEAM grow in such popularity in such a short time? Why is it so important for the future? Why STEM Education in Africa is an important topic?

What is STEAM Education?

STEM is a discipline that combines Science, Technology, Engineering and Mathematics into a single subject.

STEM is a flexible and adaptable field that meets our worlds’ constant need for scientific, technological, social and economical innovation. Those who study STEM can contribute to many professional sectors such as healthcare workers, software engineers, architects and more!

Unlike traditional subjects, STEM is usually taught through an applied approach, such as hands-on experiments and simulation projects.

STEAM is nothing new but just STEM plus an ‘A’ (Arts), simple as that! It is a relatively new concept, which was first suggested by scholar Georgette Yakman in 2006.

As its components suggest, STEAM focuses not only on technical skills like problem-solving, but also on soft skills like conversation and creativity by cultivating kids’ artistic sense. In short, STEAM is like a progressed version of the original STEM education!

The Importance of STEAM Education

STEAM Education is important as it nurtures talent to meet an increasingly demanding field. The global technology and innovation sector is growing at rapid rates, and our ever-advancing world needs equally many bright minds to power new innovations.

On an individual level, childhood STEAM Education is especially beneficial since it teaches kids how the world works, inspiring them to be curious and motivated learners at an early age.

Other than that, most well-paying STEAM careers require at least a bachelors’ degree in related subjects. This is why it is even more important for children to be exposed to STEAM Education from a young age!

Developing critical thinking skills is a core objective of STEAM Education. Instead of spoon-feeding (memorizing instead of understanding), your child will have to actively learn and solve problems based on their understanding of the subject. This encourages logical thinking and prepares them well for the workplace.

Creativity is another important component of STEAM Education. Just as how our world has finite resources and infinite problems, STEAM Education challenges your child to solve problems with limited resources in order to make them think out-of-the-box.

Communication is an important skill in STEAM and life in general. STEAM Education trains up your child’s communication skills as they have to discuss complex concepts to their peers. STEAM Education encourages your child to become active listeners and open to others’ ideas, a crucial skill that will last them a lifetime.

On top of it all, learning STEAM can be very fun! STEAM involves lots of real-world application — that means that your child will be very hands-on, learning through experiments and projects. This type of learning style (learn by doing) encourages children to actively seek knowledge on their own, preparing them to become curious life-long learners.

STEAM is the subject of the future. Children learn STEAM through research and inquiry, which is a valuable skill in our information age. Your child will be prepared with skills and scientific mindset to be able to succeed in the future.

Aside from the cognitive benefits, STEAM Education also introduces children to interesting STEAM careers at an early age. Your child will find themselves in an ever-growing world of career opportunities for them in the future. In our world where many STEAM positions are in high demand, this may play a positive role in guiding their career paths in the future.

Although Africa holds nearly 17% of the world’s population, its Science, Technology, Engineering & Math (STEM) capabilities fall behind the rest of the world. STEM education is a driver or economic performance and this essential for helping growing economies compete in the global market, create jobs (especially STEM jobs), and improve wealth.

Despite lagging behind other regions in STEM, Africa has great untapped potential to transform its own and the global economy thanks to its unique demographic position, and African schools are a major part of this potential. Today, Africa has the world’s largest population of young people. According to the United Nations World Population Prospects, over 60% of Africa’s population is currently under 25, with Africa containing 19% of the global population of 15- to 24-year-olds. By 2035, sub-Saharan Africa will have a working population larger than the entire rest of the world combined. In contrast, other workforces in the world are aging.

Due to this demographic asset, Africa has immense potential to improve its local and global economies, if it can produce a generation of young professionals that can take charge of the development of their countries. This is why it is critical for education in Africa to reach new levels, particularly with skills that can promote more STEM jobs.

Africa has the potential to contain some of the world’s fastest-growing economies, but it can only compete with the rest of the world if it invests in STEM education for young people. Here is an in-depth look at the STEM education and STEM programs in Africa and what it can mean for Africa’s future.

The Current State of STEM Education in Africa

According to the African Development Bank, less than 25% of African higher education students are in STEM fields, with the majority of students studying social sciences and humanities. Unfortunately, most African schools do not specialize in STEM subjects, and since few students can afford to travel abroad for an education in STEM subjects, it is vital to focus on the education in Africa itself.

Those that are skilled often emigrate from other continents to earn their livelihoods in a phenomenon known as “brain drain.” This is especially true when it comes to STEM skills. Each year, 70,000 skilled professionals make this exodus. Brain drain diminishes the development of industries like STEM which need highly educated nationals.

Due to the lack of a domestic STEM workforce, most STEM jobs in Africa today are outsourced to other countries, including the U.S., China, and India. For example, because China has a large workforce of engineers, China has a strong presence in development projects in Africa. In 2014, 87 Chinese construction teams travelled to Kenya to construct the Standard Gauge Railway.

Indeed, more than half of STEM funding comes from international players. Although this supports African development, it also means that projects are not necessarily designed to support Africans so much as the countries providing the funding.

A few organizations are taking steps, for example STEM for Africa Foundation strive to improve educational outcomes and inspire our students to pursue STEM careers and creating free educational content.

Through our workshops, tutoring and mentoring programs, and educational content, we hope to improve educational outcomes and empower African youth with the tools, skill sets, and knowledge to succeed in STEM careers. Finally, we hope to promote intellectual curiosity, boost confidence, and provide a support network for students to excel and maximize their potential.

Introduction: When you're looking for a place to live, work, play or just explore,...
Previous article
How to Properly Research an OnlyFans Agency Before Signing
Next article
The Main Differences Between Power Washing & Soft Washing.